So, if you were expecting a moovie with that nasty-looking T-Rex critter on the moovie poster, let’s just say you were a bit disappointed.  Not only did you get a bumpy claymation stop-animated plesiosaur (described as a ‘giant alligator with flippers’ – yeah, right!) instead of a T-Rex, you barely got any critter at all!  instead, the only critters that are really frightening are a pair of bumbling hayseeds, Mitch and Arnie, who’s insufferable BFF ‘comedy’ makes up a good 50-60% of the moovie’s run time.  And let’s not forget the cheesy fake scientists, the poor day for night shooting, and the ridiculous white haired liquor thief who only exists to add in an ‘action’ sequence to an udderwise dull as dishwater monster flick.  Ughhh, this feeble flick caused much suffering and woe amongst the Indie Film Cafe kids – hear their groans and moans on the latest PODCAST EPISODE, and shed a tear in honor of their suffering and pain.

Yeah gods, there is sooooo much Mitch and Arnie dialogue to suffer through – WHY did the ‘comic relief ‘ become the main stars of the film??  As Ms. Lenore wisely points out, they’re just a pair of annoying, dishonest drunkards, accompanied by banjo-pickin’ muzak every time they appear.  Their charm if they had any to begin with, fades rapidly.  But what about the dino?  Well, he’s slow, wrinkly, surprisingly sneaky, and apparently afraid of burning boats.  Udder than that, he’s a bore.  But he’s miles better than Mitch and Arnie!  :=8P  William R. Stromberg gave the world better home moovies than this!

As bad as this moovie was, it didn’t score as stinky as it cud have.  The MooCow awarded an 8 on the Stinkometer, while Lenore went with a 7.5;  Mr. Moody, from all the way out west in Cowifornia, checked it out and went with a 7 – that’s a total Stink Score of 22.5, and a Stink Average of 7.5.  Bad, but not insufferably bad, at least cowpared the the dreck the indie Film Cafe kids have suffered through previously. 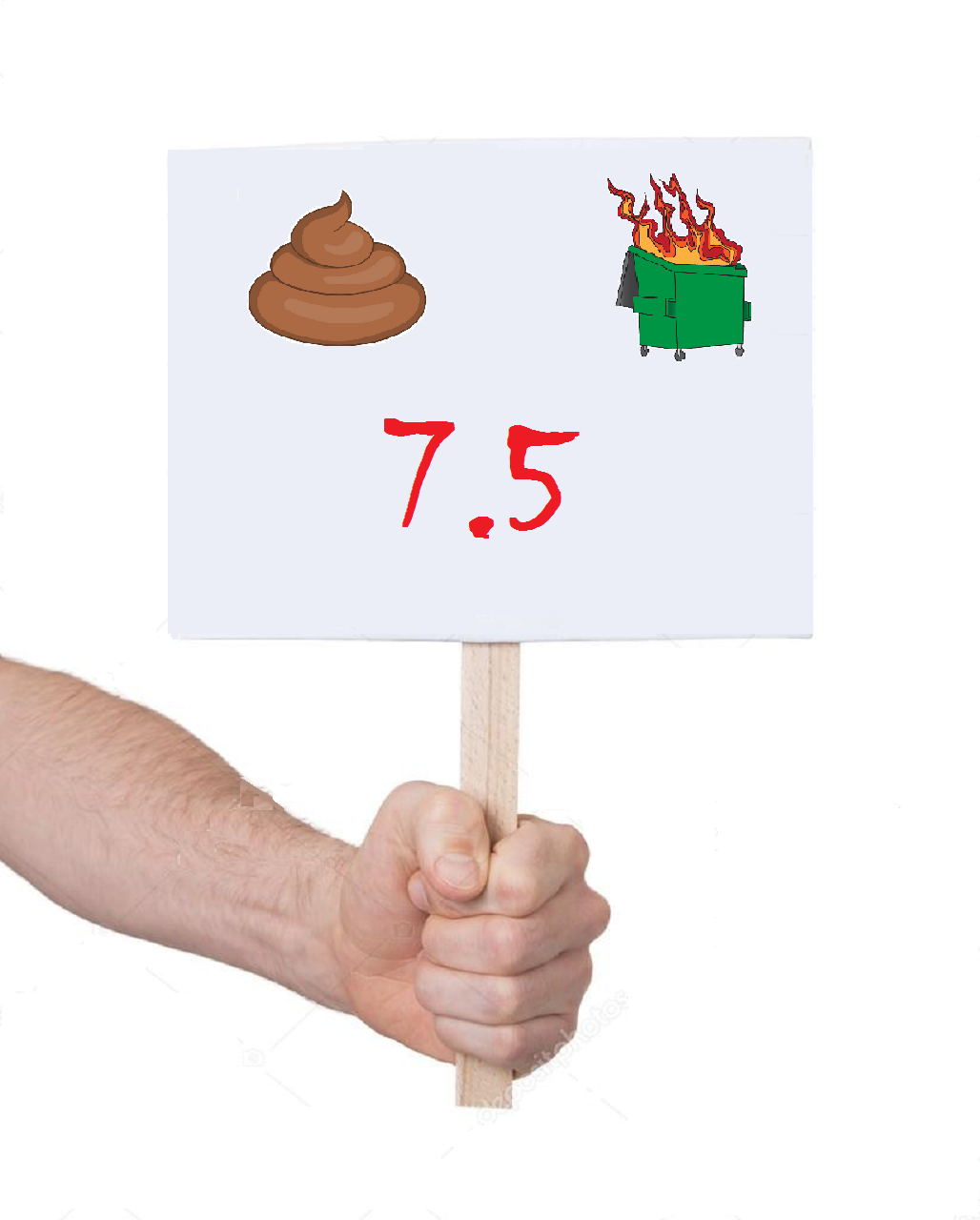 This film is all over Youtube like a bad, itchy, oozing rash – the trailer can be found HERE and HERE.  And you can watch it for free on the Tube of You as well, HERE.  For those of you who prefer their dreck in hand, so to speak, you can get a dvd from amazon HERE.  Its also on Sumogorilla and EBAY.  It is part of a Sci-Fi Invasion 50 pack dvd put out by Classic Features!  You can also get the kooky Rifftrax version at their home page.  Somecow this film wandered onto a blu ray, along with fellow stinker Galaxina, which you can also buy HERE.  The blu ray is also at Amoeba Music and FYE.  And there is always someone willing to sell you a vhs copy.  You can get a replica of the original poster (which has nothing to do with the moovie) HERE, and an actual original poster on EBAY, if you have 50 bucks to spare.  Poster-Rama will sell you a coffee mug with the poster on it because of course you needs one, bad!  Speaking of things you NEED, really bad, here is where you can get your very own stuffed pleisosaur!