Hey everybody… Jonathan Moody here. Taking over for the Moo Cow on my episodes! December being close to Christmas I had to pick a film that would be entertaining for the season. So of course i picked the 1997 killer Snowman movie… Jack Frost… and it was a doozy of an episode. Not to be confused with the 1998 Michael Keaton turned Snowman movie… which is awful but in a less fun kind of way.

When I first picked it I thought man this movie may be lower on our stinkometer. But NOPE it definitely wasn’t. It got a pretty damn high rating.

The movie begins with science happening so of course we had our resident science expert Lenore with us. Paul and I had both seen the film but poor Lenore had no clue what she was getting in to.

The movie is about a serial killer named Jack Frost who was sent to be fried. And instead is turned in to a killer snowman and wrecks havoc on the small town of Snowmonton. Yes, you heard that right, Snow-Mon-Ton… Head slaps galore for that one.

The Sheriff of the town who is a little dopey was the one who caught Jack before so Jack is a little angry and decides to take revenge. But he has a but of fun killing whoever comes in his way… including a family who basically has nothing to do with the Sheriff.

We dive deep in to the science of the whole thing. And Lenore tells us some fun facts as to why this movie could never actually work… scientifically speaking.

Did I mention its the screen debut of the lovely Shannon Elizabeth! This was before she took her top off for American Pie.

Also there’s a truck full of… Anti-Freeze? Huh? Lots of head scratching in this one.

There is an actual sequel to this film that takes place in Hawaii. “A snowman in Hawaii how could that be?” I guess you’ll have to wait for Paul to torture everyone with that one on a later date.

The director of the film Michael Cooney actually wrote a really good John Cusack movie, “Identity.” But Jack Frost is what he’s pretty much well known for.

As I was saying I was expecting a lower number for the score and Idk how Paul was the one who ended up scoring it less… giving the score an 8.5. Both Lenore and I gave it a 9. Giving it a rounded out score of 26.5. Not bad for a serial killer turned snowman seeks revenge story.

Here is a trailer to this stinker. https://www.youtube.com/watch?v=oICtgsoSi6c  and if you like the trailer and want to actually see this stinkfest go buy the Vinegar Syndrome Blu Ray with special features on Amazon here:  https://www.amazon.com/Jack-Frost-Blu-ray-DVD-Combo/dp/B01M351207 Or if you just want to watch the movie you can actually see it on Amazon Prime if you have a Prime membership. 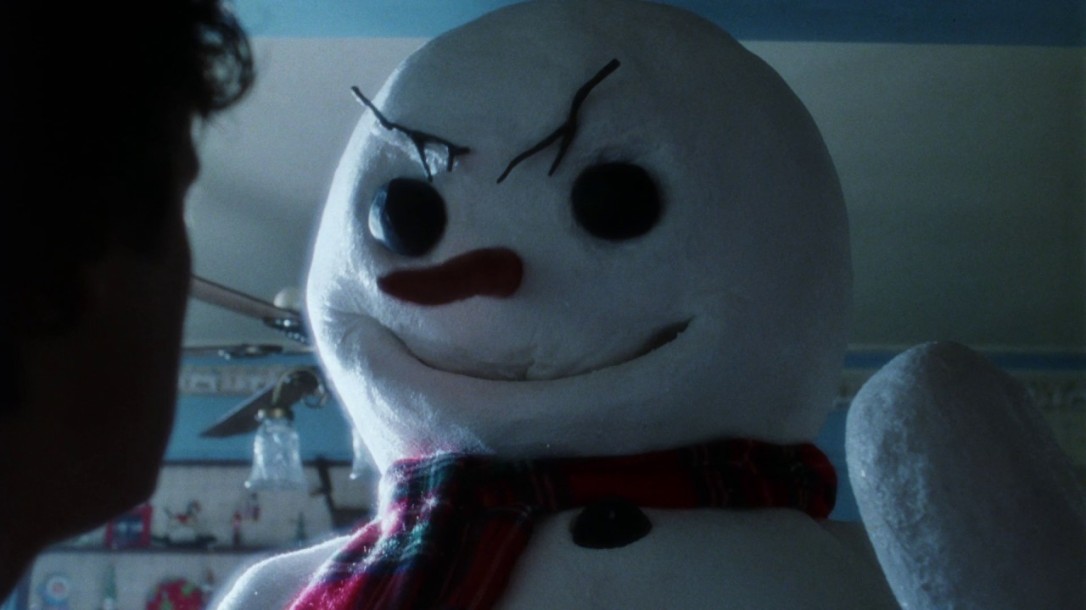