Crawling out of the dark, jingoistic Regan years is this mootivational MMA cum-American flag orgasm known to all as No Retreat, No Surrender, and if ever a message of bold defiance was sent to those nasty commie Rooskies, cowplete with cheesy 80’s hair metal AND a plethora of training montages, this was it!  Starring a very young Kurt McKinney (The Guiding Light) in his first ever role, and featuring the Muscles from Brussels himself, Jean-Claude van Damme (also his first significant feature), this cheesy 80’s relic is long on the brawn, and somewhat short on the writing, story, and verisimilitude.  And the horrific, nightmare-inducing rap and break dancing scenes by Token Black Sidekick RJ almoost qualifies this film as a horror moovie, but in reality it is a brie-filled martial arts actioner all the way.  Se what Indie Film Cafe , along with special guest Joe Turek, has to say about it on their latest PODCAST!

Cheese aside, this Corey Yuen flick pulled in a modest 5 million bucks in the box office – peanuts cowpared the earlier 80’s action moovies it ripped off (such as Karate Kid), but a princely sum for an indie.  Yuen came from the Hong Kong chop-socky scene where he honed his craft as an actor, director, and stunt man, and clearly he and Martial Arts Coordinator Hoi Meng know cow to film in the classic Hong Kong style – ok, it may not be a Shaw Brothers production, but NRNS clearly has one foot in America and one in Hong Kong.  The fight scenes are very well choreographed, and the action is definitely fun and over the top – the problems come when the fists and feet aren’t flying, and we have to suffer though these characters as people. No matter cow silly.

Fortunately, Bruce Lee’s ghost (Kim Tai-Chong, clearly an actor who doesn’t look like him) teaches Jason cow to fight and be a man, and he is able to beat the irredeemably and one-dimentionally evil Karl/Ivan, and thus save America’s pride.  All this mindless rah-rah nationalism is typical of many action flicks of the era, and they all look seriously dated and cringe-worthy.  Tai-Chong was also a veteran of many Chinese Martial Arts films in the 70’s (such as Game of Death 1 & 2), but this was his final role before he returned home to Korea.

Moody and special Guest Joe scored 6 and 6.5, respectively, on the Stinkometer, for this flick, while the MooCow was a bit harsher, awarding it an 8, giving No Retreat, No Surrender a total Stink Score of 20.5, and a Stink Average score of 6.8 – a fairly decent stink bouquet, but far from the stinkiest flick of Season 2! 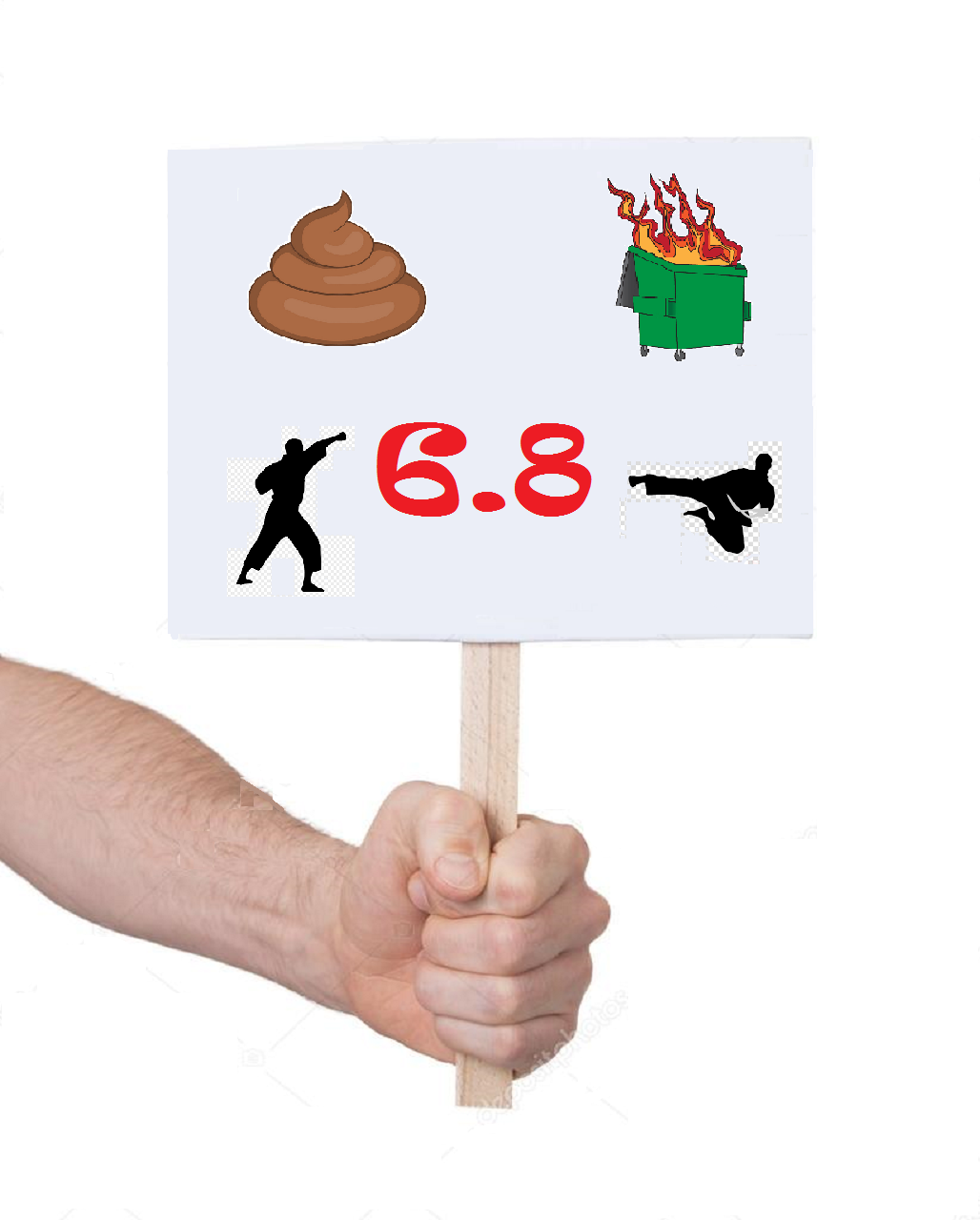 Check out the 1986 trailer from Seasonal Corporation HERE.  See the cowplete film in glorious HD on the Tube of You, at least until they take it down.  And to watch the cheesy moosic video that someone made, check it out HERE. and an-udder one HERE, ’cause you can’t just watch one cheesy moosic vid.  Git yer hooves on the blu ray from AMAZON, or the DVD HERE.  And, of course, Rifftrax covered this flick and you can get it right from the SOURCE.  For those of you who can’t get enough of this moovie, Film School Rejects has an interesting overview HERE.  Get the Tee Shirt and wear it proudly.  Get the poster and stick it on your wall – you know you love it!

So if yer looking for some of that wacky 80’s nostalgia, need a decent Martial Arts action fix, or just want a slice of some serious cheese, do check out No Retreat, No Surrender, and maybe the ghost of Bruce Lee will visit you and teach you cow to kick a bag of sand – from RUSSIA!
;=8)